Clash Royale is one of the games of the moment for mobile devices like smartphones or tablets. From the same developers of Clash of Clans, Supercell, was born this fast-paced game based on one on one battles in real time. If you go to the Google Play store, you’ll notice Clash Royale is in the top 10 of the most downloaded applications, and the number 1 that give more income. What also indeed it is that its developers, Supercell, have not released a version for computers, which would be the equivalent of Clash Royale for PC.

ATTENTION! Have you tried the FHx private server for Clash Royale? (CLICK HERE)

Another title you’re looking for is Clash of Kings PC; so if you keep reading this article you’ll learn how to play these games from your computer. 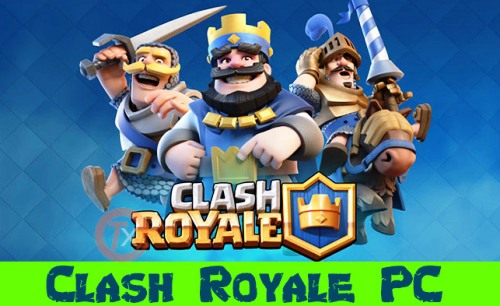 What is available is that you can play through your tablet or smartphone with iOS or Android operating system.

But there’s nothing to worry about either, you know there’s a solution for almost everything on the Internet, so you have the option to download Clash Royale and play Clash Royale for PC through BlueStacks or Andy OS, which are two Android emulators for computers. Through them, you can play and use the applications you like best from your computer. But there are also applications like ApowerMirror, with which you can duplicate the screen of Android and iOS mobile devices to PC´s with Windows or Mac operating systems, and thus control the game from your PC.

Clash Royale for PC with BlueStacks

BlueStacks App Player is an application that is available for both Windows and Mac devices. First of all, what you need do is go to the website BlusStacks and you have to download the App Player for the operating system you use. 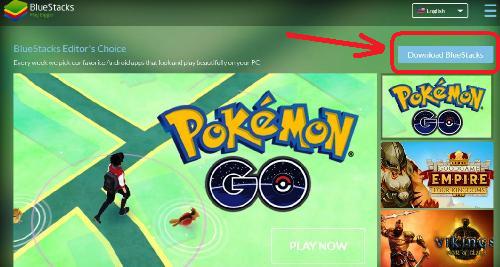 If for example you want to install Windows, you must click on the yellow button that says «Download BlueStacks».

It will take you to a page where you give a brief indication of what you have to do. Next, you download and install BlueStacks (I warn you now that can take several minutes). When installation is complete, we will have to give permission to the application of BlueStacks to have access to Google Play Store through our Google account. Equally, we must enable the Sync application in BlueStacks for Mac devices.

Finalized this step, and you can search BlueStactks Clash Royale, either Google Play Store or App Sync for Apple devices. 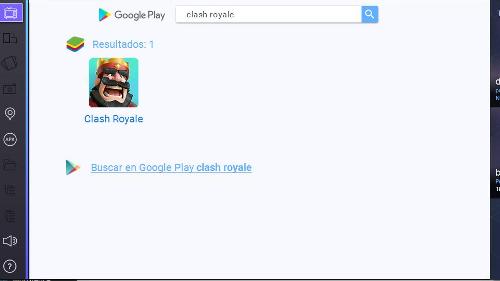 With this you have seen, you can download Clash Royale in BlueStacks App Player, you can inciarlo and start playing Clash Royale Android from your computer.

Well, do you see? Although Supercell has not developed a computer or PC version, yes you can play Clash Royale for PC with this emulator BlueStacks.

If you want to see the whole process in pictures, so you do not have any doubt about how to download and install BlueStacks, here I leave a video that explains everything:

There are many free emulators on the Internet; and one of the most used along with BlueStacks is Andy OS, which will also allow us to download and use the vast majority of Android games and applications directly on our computer.

Thanks to Andy OS we can run and play Pokemon GO without any problem, as if we were running it from our smartphone or tablet. We have to mention that this emulator offers us unlimited storage capacity. 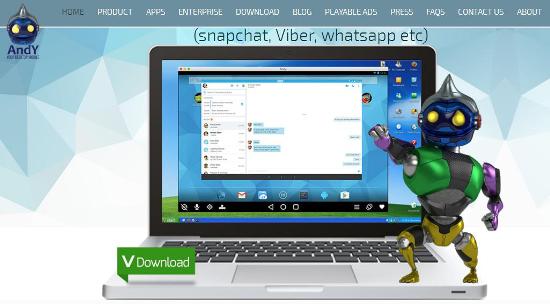 This Adroid emulator is not only compatible with Windows, but also with Mac computers. Our phone will work as a remote control when running games and apps from Andy.

Andy OS enjoys a lot of popularity among users, it is at the level of BlueStacks. If you’re looking for a great experience running Clash Royale from the PC, Andy is a bet that won’t let you down.

But we don’t want to end here, we want you to see the entire process of downloading, installing and using Andy OS on video. You’ll see everything clearer and better explained… Learn and enjoy the video!

How to play Clash Royale with ApowerMirror

Another application developed to reflect a mobile device on a PC is ApowerMirror, which works for both Windows and Mac OS computers. Supports Android version 5.0 or higher, and for iOS devices with AirPlay function.

This app allows us to upload photos, videos, music, as well as games like Clash Royale, so we can play them on a larger computer screen.

Also, this application has a built-in screen recorder that can be used to capture the game while playing, and you can also take screenshots and store them directly on your computer.

If you have an Android mobile device, you can control your mobile phone or tablet directly on your PC with the mouse and keyboard; this means you don’t need to pick up your device to browse it. Here’s a mini guide to playing Clash Royale on your PC.

To play Clash Royale from your PC with ApowerMirror, just follow these steps:

That’s it! See how easy it is to download and play Clash Royale on your PC? There is no wall for you to play Clash Royale from your computer thanks to emulators like Andy OS or BlueStacks, or apps like ApowerMirror.

Run and don’t wait any longer to download Clash Royale for PC and all your favorite games and applications?